Here are the latest speakers we’re announcing for the MobileBeat 2009 conference in San Francisco on July 16:

Peter Barry, head of Venture Capital and Start-ups, Vodafone Group — Vodafone, based in the U.K., is the world’s largest carrier by revenue and has 303 million subscribers, making it second only to China Mobile (which we also have represented at the conference). Vodafone has operations in 25 countries and partner networks in a further 42 countries. 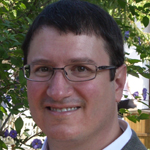 Donald Pitt (left), senior director of business development, Samsung — Samsung is the world’s largest conglomerate and is one of the largest suppliers of mobile phones, behind Nokia. As we’ve written recently, Korean and Japanese device makers are being challenged by Silicon Valley’s software prowess, now that players like the Apple and Palm are creating more exciting mobile phone operating systems. What will Samsung, South Korea’s largest chaebol, do to respond? Pitt will be letting us know.

Jon Zweig, chief executive, Jirbo — Jirbo develops entertainment and education applications for the iPhone and iPod Touch and is a good example of a developer that makes money from advertising on those applications. In January 2009 Jirbo’s “Paper Football” became the No. 1 entertainment app on iTunes. Jirbo has had 2o top-100 apps. 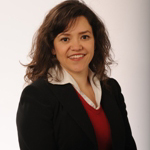 Will Lowry, director of mobility & consumer markets, and applications, AT&T. AT&T is the nation’s second largest wireless carrier by number of subscribers. It’s the only carrier that offers the iPhone, an exclusive relationship that has drawn critics even as it has helped AT&T add subscribers. Lowry will be a judge on our startup competition.

Henri Moissinac, managing director, Facebook Mobile — Facebook‘s mobile application is the most popular free application on the iPhone, according to iTunes (we mentioned it here, in a story of about popular apps). Moissinac be speaking on our panel about social media on the mobile platform.

John Fanning, Zer01 Mobile — John Fanning was chairman, co-founder, and CEO of the path-breaking music company, Napster. After Napster’s demise in 2002, he raised $4.8 million to start NetMovies, with the lead investor being Blockbuster. He’s back with a new venture, and he’ll be sharing details. Zer01 Mobile is an unlimited voice, data and Web mobile wireless service that will allow users to make as phone calls, surf the Web, text messages, download music and use their smartphones for a variety other applications all for a low monthly fee. 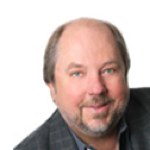 Separately, we’ve had a surprising number of submissions for our MobileBeat Top Startup Competition. We’ve been sorting through literally hundreds of applications. Most of the companies in the competition will be launching at MobileBeat for the first time. This is going to be fun.

Finally, I’d like to thank our sponsors for their support of this event; Qualcomm as Co-Host, Velti as Platinum Sponsor, AdMob and GetJar as Gold sponsors and RMBR, Nvidia, GreyStripe and Mozes as event sponsors.

We’re also looking for volunteers for MobileBeat2009 — come help with registration, on-site support for sponsors and press, etc. Volunteers will work for just a few hours and will be able to attend the rest of the conference for free. Please contact Patrick if interested.