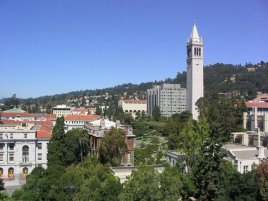 Berkeley Ventures, a new Bay Area incubator for early-stage companies across tech sectors, has just launched with a unique offering: Unlike Y Combinator or TechStars — incubators that run three-month programs — Berkeley It will provide startups with ongoing support for up to two years.

In addition to providing $5,000 to $10,000 in seed money to some startups (in exchange for a 3 to 9 percent stake in each company), the Berkeley, Calif.-based firm will also house companies rent-free for three months, run mentorship programs, and offer discounted access to marketing, legal and technical advisers. Its members will also have the option of staying in the firm’s 8,400 square-foot space for discounted rent after the first three months until they are capable of relocating.

The incubator is emphasizing its 10-minute proximity from the UC Berkeley Campus and San Francisco as major advantages for prospective startups. It says it has connections at the university as well as nearby Stanford to help its portfolio companies assemble strong, knowledgeable boards. It also hosts regular events where fledgling managers can meet each other and advisers, and of course investors. On specified Investor Days, startups have the chance to present to angels and venture capital groups.

Berkeley Ventures says it is looking for a diversity of startups for its flock, cutting across high tech, application development, cleantech, Web 2.0, finance, gaming, mobile and social networking. Companies from anywhere in the world can apply, but must be smaller that six employees to be eligible.

While it’s still reviewing applications for its first batch of startups, it has already recruited an impressive crop of advisers, including Jeff Braun, founder and CEO of Maxis before it was acquired by Electronic Arts, Anthony Patek, an attorney from Cooley Godward and Kronish, and Joel Serface of Kleiner Perkins Caufield and Byers, who works closely with the U.S. Department of Energy.