Google reported $5.52 billion in revenue for the second quarter, ended June 30 — a 3 percent increase over last year’s $5.37 billion. This might not sound inspiring, but the company argues that the increase is a testament to its endurance in tough economic times. Still, the lackluster number dipped share prices by 2 percent, even though they technically topped Wall Street predictions. 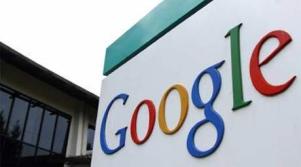 Looking at Q1’s $5.5 billion in revenue, it looks like the company held steady. Today’s revenue is also pretty even with the third quarter of last year, even if it’s down a few ticks from its typically-high Q4 performance. Subtracting commissions and fees Google has to pay out to its various partners, revenue was $4.07 billion for the quarter.

As far as market expectations are concerned, analysts were pretty much right on the money. Most predicted lackluster growth in revenue due to a tighter advertising market and efforts on the part of rival Microsoft to chip away at its market share. On average, they predicted revenue of $5.49 billion, which the company ended up beating by a small margin. A few outliers had thought Google might surprise everyone with bigger numbers considering how well Intel performed in the quarter, but it wasn’t to be.

Some say Q2 is bound to be Google’s low point during the economic downturn. That remains to be seen — but if it’s true, the company is in pretty good shape. It reported a 15 percent uptick in the number of clicks on paid ads that run alongside search results — but that was countered by a 13 percent decrease in the cost-per-click.