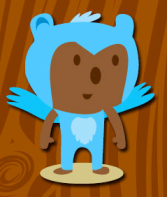 Thing Labs, a San Francisco start-up made up of several former members of the Google Reader team, released a video preview of its upcoming Twitter application, Brizzly.

About 80 percent of Twitter’s users don’t access the service through the main site. Instead, they go through third-party applications or clients like TweetDeck, Tweetie and now, Brizzly.

Brizzly expands shared photos and videos from Twitter so you don’t have to leave the application for a separate Web page. It also displays direct messages in an IM-like or more conversational way. The application is in beta testing at the moment.

It also has a feature called “mute,” in case you want to continue following a person but don’t want to see their tweets for awhile. It also creates groups of people like other Twitter clients, so you can follow several people with a common interest like your family or people who are really into wine, for example.