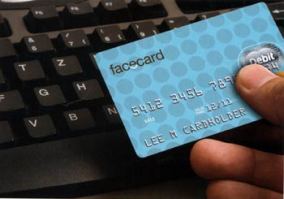 Edo Interactive — a Nashville, Tenn.-based digital marketing company that provides payment cards with direct marketing opportunities — announced today that it has secured $8.5 million from investors Clayton Associates and First Avenue Partners. Edo previously raised $6.5 million in 2008 for a total of $15 million at the end of their first round of funding.

Edo’s lead product is the Facecard, a pre-paid MasterCard aimed at teens and young adults. In addition to providing the standard benefits of a modern pre-paid card — text-for-balance, peer-to-peer gifting, for instance — the Facecard provides users with digital incentives called prewards. These are essentially digital coupons chartered to individual users.

Edo chief executive Ed Braswell said the prewards are a beneficial alternative to traditional advertising methods. Companies can select narrow target groups for their marketing strategies this way, making them much more direct and, supposedly in the end, more successful.

So far Coca-Cola, Baskin Robbins and H&R Block have partnered with Edo to provide prewards.

Braswell said the new financing will continue to fund the growth of the company and fuel development of new technologies. Facecard is still in beta release, but there are plans to relaunch it more generally in September.

Edo also plans to launch a Facecard Facebook application at that time, which will allow users to send real gifts, not just virtual ones, through the social network.