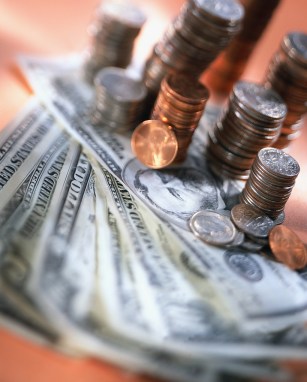 Private equity is starting to get the hint. Is it time for venture capital to do the same?

For more than a generation, “two-and-twenty” has been a rule of thumb for management fees in the venture capital industry. It means fund managers get twenty percent of any profits they generate and two percent of total assets under management in fees.

The problem is the management fees.  2% made sense back when VC funds were much smaller, but not now that they have gotten so large.  As peHUB said in their email newsletter today, Benchmark had an $85M fund in 1995 but today has a $500M fund.  That seems to be the typical trend for most big VCs.

The private equity and hedge fund industries are undergoing similar soul-searching (if that’s possible) after last year’s market crash when they were swamped with redemption requests. Two-and-twenty was also a rule of thumb among hedge funds.

After the Standard & Poor’s 500 Index plummeted by the most since 1937 last year, investors questioned why managers should automatically earn a 2 percent cut of $1 billion under management, for example, even if they delivered a loss. Private equity funds are now down to asking for 1.8 percent this year, according to London-based research firm Preqin Ltd. Hedge fund fees have stayed a little firmer than that, although some new funds are charging 1.5 percent, according to Bloomberg News.

As the venture capital industry also contracts, sending investment activity back down to mid-1990s levels, perhaps its time for funds to ask similar questions as they compete for dwindling inflows from long-term investors like university endowments and pension funds. A lower automatic management fee, with the same or more generous profit-sharing arrangement, would place a venture capitalist’s mindset more in line with the entrepreneur’s experience.

Another plus, Dixon argues, is that venture capitalists won’t flood the market with money start-ups don’t need, make too many “me-too” investments or raise too large a fund just to capture management fees. Indeed, Bill Gurley, a venture capitalist at Benchmark Partners, argued last week that a contraction may nurse venture capital back to its former health.