MOG, the Berekely, CA-based music-blogging site launched in 2006 with hitmaker Rick Rubin as one of its advisors, has announced that it will launch MOG All Access, a new digital music service for North America, by Thanksgiving. To create the service, MOG signed deals with all four major record labels and a batch of independents. 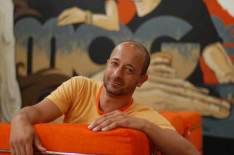 MOG founder and chief executive David Hyman, known to many as CEO of the Gracenote music service, said in a prepared statement, “We’re providing access to millions of songs (just about everything), with a drop dead easy way to hear any song or album you like in an instant, from the convenience of your web browser.  You’ll get access to MOG radio, a revolutionary listening experience that will forever change how you discover music and truly redefines what radio is, and killer tools for discovery through other users of the service.  And you get it all monthly for the price of a beer.”

I know. Another music service. Does it have a chance? Gartner analyst Mike McGuire thinks it does. McGuire replied to my email questions about why he liked MOG: “The demos indicated a nice mix of straight-up interactive streams plus some interesting recommendation/discovery features (the slider for mixing artists etc. is neat) based on what appears to be a set of fairly liberal licensing agreements. (Achieved, I think, by MOG/Hyman’s willingness to spend a lot of time negotiating and the labels realization that they have to embrace all of these systems that are based on interactive streams with some sort of direct payment. In other words, they have to find and work with all the entities that are trying to create legitimate alternatives to p2p and social sharing.)”

I’ll have an opinion, but not until I get my hands on it in November.

MOG has raised $12.5 million in funding to date, including strategic investments from Menlo Ventures, Universal Music Group and Sony Music. It launched its public beta July 2006.