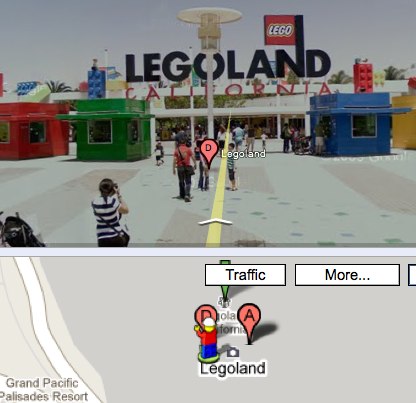 With Google Maps, you can use a feature called “Street View” to take a virtual drive across town, or pretty much anywhere there are public streets.

But until now some of the funnest places haven’t been accessible by car, and so Google’s Street View car hasn’t captured them. Now Google is blitzing through all kinds of more private, inaccessible places such as scenic running trails, private universities and zoos with a new tool: a 3-wheeled bicycle it calls a “trike.” And it’s asking users to submit suggestions about where it should go.

Some people are complaining Google is violating privacy already, by simply driving down public streets and capturing images — including looking through peoples’ windows and capturing them in awkward positions. But Google is plowing ahead, bringing even more local area information to the Web — and it’s a smart public relations move to ask people for their suggestions of where to go. Says Google:

Nominations will be open until October 28 and can be submitted at www.google.com/trike. The Street View trike began as a project by Google employee Daniel Ratner, using the “20 percent” of the time Google gives to employees to work on side projects of their interest. He’s already used the trike in several locations, including in Legoland, Calif, Arastradero Open Preserve, and San Diego University.

Google says it has already received about 10,000 submissions and more than 35,000 votes for the project in the United Kingdom. The company appears to have learned some lessons, though — and it appears to be asking permission first. Years ago, Google started scanning published texts for its book project, but it failed to ask permission from publishers, and that project has been mired in legal controversy every since. For the trike project, Google says that for any privately-owned or operated location, like a campus or theme park, it will “work directly with the relevant organization prior to collecting the imagery.”