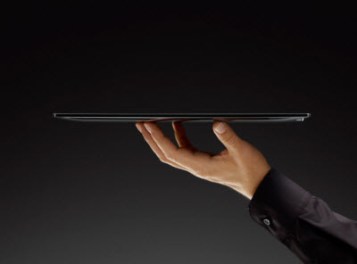 Taking on the Amazon Kindle eBook reader, Plastic Logic is announcing today a cool-looking electronic book reader for business professionals that will be able to download books from Barnes & Noble’s eBook store.

The Que proReader is billed as an essential tool for busy professionals. That’s a contrast to the Kindle, which is more like a recreational reading device. Mountain View, Calif.-based Plastic Logic will unveil the Que more completely at the Consumer Electronics Show in Las Vegas on Jan. 7.

Plastic Logic has come up with a novel all-plastic design that, on its surface, looks a lot more interesting than the Kindle, which debuted in November, 2007, and now costs $259. Amazon’s device uses electronic ink to present sharp text on a black-and-white display. And it has proven surprisingly popular, particularly compared to the rival Sony Reader eBook reader.

Plastic Logic’s device is made out of plastic. That’s because Plastic Logic has figured out how to manufacture a display that uses plastic electronics. It’s lightweight and is durable enough to withstand bending. The Que can be used to view electronic documents such as Adobe PDF files, Microsoft Word, PowerPoint presentations, and Excel spreadsheets.

Richard Archuleta, chief executive of Plastic Logic, said the company is shooting for a premium reading experience with the Que. The screen is 8.5 inches by 11 inches, and is less than a third of an inch thick. It’s pretty much like a pad of paper. It has wireless networking, a touch-screen interface, and can read standard E Ink Vizplex test. The battery can last for days. It can download books via Wi-Fi wireless networking and AT&T’s 3G data/phone network.

The Que store, where users can buy books, is powered by Barnes & Noble. The price and other details will be announced on Jan. 7. Plastic Logic was founded in 2000 by researchers at the Cavendish Laboratory at Cambridge University. It was a winner of a DEMOgod award in the fall of 2008, and it was one of my picks for the best of DEMO that show. It has built a plastic electronics manufacturing plant in Dresden, Germany. The company has raised more than $200 million to date from investors including Oak Investment Partners, Amadeus Capital Partners,Intel Capital, and Morningside Technology Ventures.