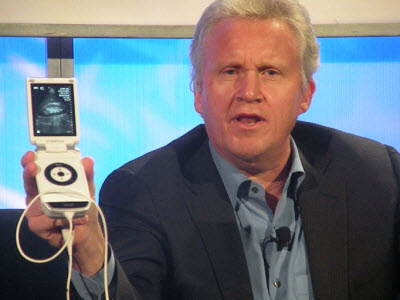 Jeff Immelt, the chief executive officer of General Electric, showed off what he called the “stethoscope of the 21st century” at the Web 2.0 Summit today.

He held up a white gadget with a flip-out screen and a control mechanism that looks lot like the old iPod navigation wheel. Immelt said the device could do ultrasound scans on the fly and wirelessly communicate the data as necessary. Doctors can use the devices to immediately see, for instance, if an unborn baby is in a dangerous breach position. 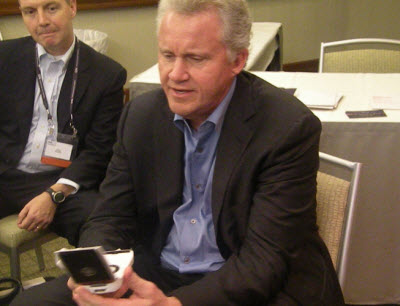 Afterward, at a press gathering, Immelt said the Vscan technology does nothing but ultrasound. You could use it to do live liver scans or get quick looks at other body parts. He noted that the ultrasound data is very dense and may or may not be easy to use with Wi-Fi, but he said it would be “very digitally capable.” This is one of those “decision support” tools that will help doctors decide how to treat patients. It fits with GE’s own mandate to be a broad diagnostics company in healthcare systems.

Immelt said he didn’t know what price the new device would debut at. He said that it will hit the market sometime in 2010. 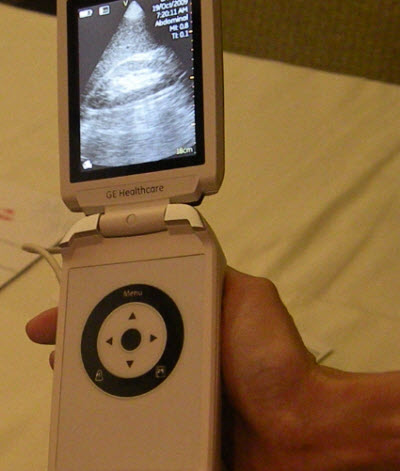