Chip makers don’t raise much money these days. But things must be getting better, because Stretch has just raised $10 million in a mezzanine funding round to expand production of its security camera chips.

Sunnyvale, Calif.-based Stretch makes image processing chips that are used in the most sophisticated security cameras. The company’s chips have been designed for a number of security cameras made by companies such as Skyvision, EverFocus, Lanner, Advantech, Euresys, Matrox, Provideo, and UDP Technologies. The chips, which are software programmable, are also used in machine vision and wireless applications. 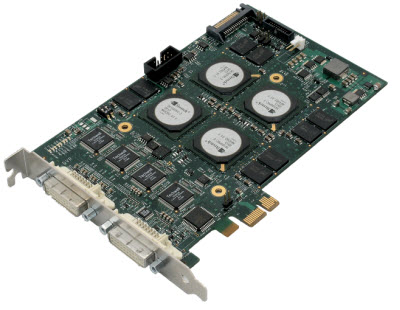 Stretch previously raised a $15 million round in January. Bob Beachler, vice president of marketing, operations and system design at the company, said the goal is to use the money to expand operations, design its next chip, and hit profitability. He said third quarter revenue was four times bigger than revenue in the second quarter. For the fourth quarter, the company has a backlog that could support three-fold revenue growth over the third quarter.

“We really saw things pick up in the second half of the year,” Beachler said. “We are definitely seeing signs of a recovery, and we see growth in overseas markets.”

As government agencies use stimulus money to build new facilities, they have to invest in better security cameras. That’s one reason the market is growing. On top of that, companies are replacing tape-based cameras with digital video cameras that can record data on hard drives and transfer it over the web. The round was led by existing investors Worldview Technology Partners, Oak Investment Partners, and Menlo Ventures. Before this round, Stretch had raised $116 million.

Founded in 2002, the company has 60 employees and more than 20 patents awarded. It competes with Texas Instruments, Maxim and Cavium Networks. Maxim recently bought Mobilygen, while Cavium bought W&W Communications. Beachler noted that the ranks of rivals are thinning. One competitor, Stream Processors, is shutting its doors this month.