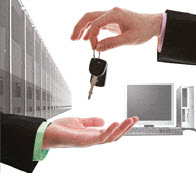 The CIA’s In-Q-Tel investment arm took a stake today in FireEye, which is creating an anti-malware platform for enterprises.

Milpitas, Calif.-based FireEye is working on a platform that can fight off “botnets,” which are fleets of zombie computers that have been taken over by criminal hacker rings. The technology being developed can support the “missions of the U.S. intelligence community.”

Terms were not disclosed. While there are many anti-malware and anti-botnet technologies out there, the bad guys are constantly evolving their attacks, giving openings for startups to find a foothold in the market. T. J. Rylander, a partner at In-Q-Tel, said that FireEye’s approach to detecting and defeating malware is unique and “potentially game changing.” It uses a blend of “heuristic virtual victim machines” to capture and replay suspicious web traffic activity. The system is good at detecting “zero day” attacks, meaning viruses that exploit vulnerabilities that were previously unknown in systems.