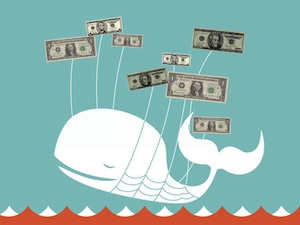 The announcement comes from Kenichi Sughi, an executive at Digital Garage, whose remarks at the Mobidec 2009 conference were reported by local news sources and then summarized by Media Asia. It’s not entirely clear what users would have to pay to read — other sites picking up on the news are describing it as a way to charge for access to tweets, but Media Asia says “the plan will allow audiences to view some text on all pages but will charge a fee to unlock access to certain images, URLs, and text.” Readers could pay a monthly subscription fee, or a one-time fee to access specific content.

Is this something that could work across Twitter’s user base? TechCrunch’s Serkan Toto, who is based in Japan, lays out the case that the premium content model is a good fit for the Japanese market because consumers are already used to paying for content on their phones and online.

But what about in the United States? First of all, it’s important to remember that Twitter’s Japanese service has been very different, business-wise, from its American counterpart — it launched last year with ads, for one thing, while Twitter executives in the U.S. are only starting to talk about “non-traditional” advertising. It’s hard to imagine paying to access tweets, per se, since they get passed around and republished so liberally  — they’re about the length of a brief quote in a newspaper article, after all.

I do find the idea of charging for additional text, images, video, or audio kind of appealing. A news organization, for example, could use their Twitter account to break stories in real-time, then supplement those stories with additional content that they charge for. As with any online pay-for-content scheme, it would be a tough balancing act to pull off, but it’s good to see someone try.

In response to media reports stating that Twitter Japan will be launching a paid-premium accounts service on Twitter, we would like to officially state that this is not correct. To be clear, Twitter service in Japan is a free service and neither Twitter Inc. nor Digital Garage, Inc. have discussed or have any plans for paid-premium accounts …

The recent media reports are likely a result of a misunderstood presentation by a DG subsidiary, DG Mobile, about potential business opportunities that it could explore as a third party. DG Mobile’s presentation was unrelated and separate from the Twitter and Digital Garage partnership.