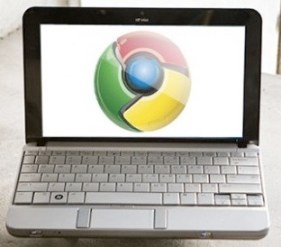 After Google’s Chrome OS Open Source announcement two weeks ago, it’s looking like Google is out to change the world again — this time by dominating operating systems. With Google and its device partners gearing up to drop the first Chrome OS netbooks on us by year’s end, 2010 may well be called the Year of the Netbook.

What’s not to like about a $300 (or less) netbook, lighter than a pound, traveling with me everywhere I go, booting up in 7 seconds and running much faster than my current Windows XP (or Windows 7) laptops or Mac computers? Since Chrome OS runs all its software on a cloud I won’t need to buy, install or update any software – bye Microsoft!

I don’t even have to worry about virus protection software or updates for my Chrome OS netbook since that’s all taken care of on Google’s side via its stringent security, built into Chrome OS (Norton/Symantec/MacAfee probably won’t be happy). Very likely, Chrome OS netbooks will further shift where we make and spend our income as many industries will be disrupted (because they won’t be needed as much, any longer).

And if I lose my netbook (my data is automatically encrypted – not to worry – it would be hard to crack), I simply buy another and log in to Chrome OS and I’m 100% backed up. Since hard disks are not needed (Chrome OS loads from Flash memory and is considered “secure” – it runs in a portion of memory that is not writable and is much harder to corrupt or infect) upkeep of a Chrome OS netbook is non-existent – and this is sure making computing a service that’s more or less “free” and more or less focused on Google and its datacenters, where the clouds will be run. While Google does not envision Chrome OS netbooks entirely replacing laptops and desktops (it’ll be a companion device, instead), that may be possible with the addition of a hard drive (or similar device) to store files. However, Chrome OS will allow you to manage all your netbooks without any additional overhead.

We might soon get to a point soon where the “disposable” laptop or netbook, becomes a reality – just like disposable cameras are, today. Remember two years ago when we talked about the $100 laptop (One Laptop per Child) that could be used in third-world countries – it’s just about, here, in (y)our country – and yet, it could work anywhere, including underdeveloped countries, as long as the Cloud is accessible (perhaps “portable clouds” will evolve, some even speculate that an Android Phone could fulfill that function – set it up in a village, power it somehow, and voila – you have One Laptop per Child – except, it’ll be a netbook running Chrome OS in a cloud).

But if we’re worried Google has too much personal information about us already (i.e.: Google Privacy Dashboard), we’ll be far more concerned about the information they’ll soon have on us once Chrome OS netbooks become dominant in the marketplace, as every application, and all its data, will be housed at Google.

So is this Chrome OS domination something we’re really likely to see?

Well, today, it’s really hard to run Chrome OS, you need a netbook running Linux OS; the limited set of hardware and device drivers available today limit the choice of netbook models you can use, though it’s possible to run Chrome OS on a virtual machine, without a netbook. We won’t know how people will react to the new netbooks coming out late next year running Chrome OS, but it’s unlikely Microsoft, Apple, or anyone else, will be able to match Google’s efforts by building their own web operating systems (based on their own browsers).

Robert Scoble thinks Chrome OS has already won because developers will create software on the cloud for Chrome OS rather than Microsoft’s Silverlight. One issue that still needs to be addressed is how developers will make money on cloud applications (web applications) housed by Google and running on Chrome OS when most of Google’s applications to date, are free. I suspect a model similar to the iTunes store will evolve to sell and service more powerful and customized Chrome OS applications that will live in our cloud profiles.

At the end of the day, will Chrome OS do major damage to Microsoft or Apple? It well may. Remember, it succeeded with organic and paid search because it understands what people want – and that’s the whole pitch for Chrome OS – a different model of computing, lean and mean, running web applications really, really fast and costing next to nothing.