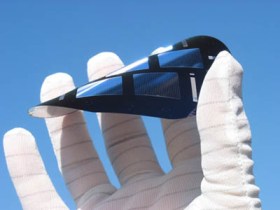 First Solar seems to be on a roll. The largest solar company in the world, it recently projected 2010 revenue far exceeding analyst expectations, backing it up with the grand opening of a major plant and plans to expand its manufacturing operations. But, today, there’s evidence that the Arizona company may not be as hot as it looks.

First Solar has dropped four large-scale solar plant projects in California alone, according to a report from investment firm Wedbush Securities. In each of these cases, the company’s plans were denied by the Bureau of Land Management. At the same time, it was revealed that one of its 150-megawatt projects slated for 2,100 acres in Colorado has now also been canceled.

The central message behind First Solar’s recent success was that utility-scale solar plants would soon be a reality. Yes, the company is bigger and has more resources than its competitors. Its products are cheaper too. But if it saw enough success on the utility-scale, then other players were sure to follow. Not it looks like First Solar is having more trouble than it bargained for, boding even more poorly for others striving toward the same goals. In short, utility-scale solar could still be a ways away.

The applications in question were denied for a curious reason, too. Apparently First Solar failed to follow up with the folks at Land Management when they requested more information. This is pretty strange, considering that the company shelled out a substantial amount to file the applications in the first place. Regardless, these failed projects call into question future projects the company has on its docket. And investors have expressed concern that the company is all talk.

If First Solar begins to look like a shaky investment, other companies in the space are sure to suffer. This includes the likes of Solyndra (which needs to fend off skepticism if its IPO is to go smoothly), eSolar, NanoSolar and BrightSource Energy.

The news about First Solar’s shortcomings had a small impact on its market showing today, with share prices dropping $1.49 to $135.50. Now it’s suddenly unclear whether the company will be able to fulfill its prediction of $2.7 – $2.9 billion in revenue.