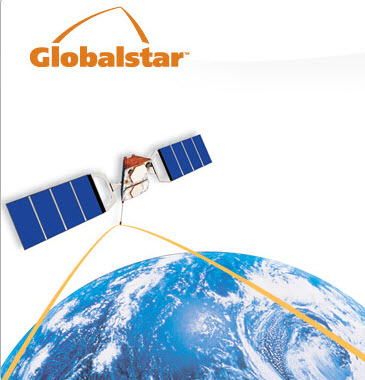 If spending money to build a satellite phone network reminds you of a few recent financial debacles, you’re not alone.

But regardless of its past foibles, Globalstar has created a real business and is announcing today that it is taking the first steps to deploying its $1.29 billion second-generation satellite phone network.

While satellite phones seem quaint at a time of growing cell phone coverage, Tony Navarra, president of global operations at the Milpitas, Calif., company, said that many of Globalstar’s 375,000 customers are in remote regions of the U.S. and Canada. The phones used to be the size of bricks, but they’re now about twice the size of typical cell phones, with a little antenna nub sticking out of them.

In an interview, Navarra said that this new network could prove far more cost effective than the last one. For $1.29 billion, Globalstar will be able to launch 24 satellites into orbit and build another 24 for the future. These satellites should last for 15 years, until 2025 and beyond, compared to just 7.5 years for the company’s first-generation satellites.

It’s last network cost $4.5 billion to complete and the debt load was so heavy that it drove Globalstar, founded in 1994, into bankruptcy in 2004. It restructured its debt and then went public in 2006. In the summer of last year, it did a debt financing of $738 million. Competition includes Inmarsat, Iidium Satellite, SkyTerra Communicaitons and Orbcomm. Globalstar needs to get the satellites deployed because service quality is starting to diminish.

Navarra said the satellites in the first network are becoming weaker. The low-earth orbiting satellites circle the globe about 850 miles in the sky. As they age, Globalstar takes them up about 1,000 miles above the earth and then replaces them with new satellites.

Since the technology has improved, the second-generation network will be able to handle duplex voice and data at a rate of 256 kilobits per second, compared to just 9.6 kilobits per second earlier. It has high quality, and the data transfer speed will now be better.

To further finance its new generation, Globalstar has raised $505 million in loans from a consortium of French banks and another $71 million from satellite maker Thales Alenia and rocket maker Arianespace.

Navarra said the company will launch one or two rockets this year, using Arainespace. Each rocket will carry six satellites. Today, the company said it has begun to install upgrades at its gateway ground stations around the world to get ready to deploy the second-generation satellite constellation.