While most of these features can be found across most Twitter applications, several have the potential to make Seesmic on Blackberry a popular app. Aside from the practical retweet function, users will now be able choose a quote feature which includes the quoted user automatically at the end of the tweet. A picture preview feature allows the user to preview any pictures from image services both in the timeline and actual tweets. Leveraging Google Maps and Twitter’s geo-location feature, tweets will have customized maps to reflect the Tweeters location. Lastly, users using any connection, even the BIS-B connection, will be able to use the app.

Seesmic is quickly becoming a go to desktop and mobile all in one social network dashboard. It will be interesting to see what the rest of 2010 holds for the company. 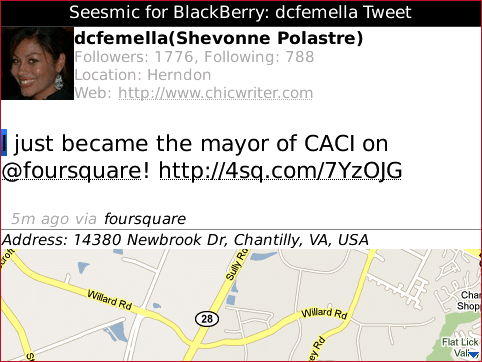