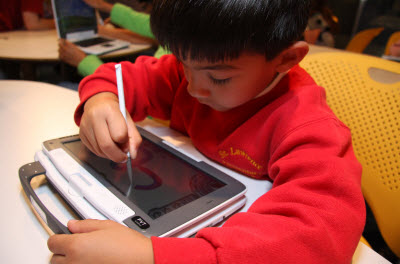 Intel’s effort to get computers in the hands of the world’s school kids is making good progress, based on the latest information from the chip maker.

In 2006, the world’s biggest chip maker started the program of creating low-cost laptops that could be used in classrooms, and Intel has outlasted some of its rivals in pushing the program forward. Now it has shipped more than 2 million units through local distributors in more than 30 countries, said Agnes Kwan, a spokeswoman at the Santa Clara, Calif.-based company.

By comparison, One Laptop Per Child says it has 1.5 million units shipped and another million on order. Kwan acknowledged it is hard work. The company has to work with governments, local industry providers, and software companies. But resistance to the idea of putting computers in the classroom has melted away and there are more countries participating now.

Three new ones include Argentina, which will provide 250,000 Intel-powered Classmate PCs starting this spring in secondary schools. It is targeting 16-year-old to 18-year-old students in 1,500 schools across 24 states in Argentina. The Argentine government is funding the program, which is being administered by the United Nations.

Brazil’s Ministry of Education is providing 150,000 Classmate PCs in a pilot program in 300 primary schools in 27 states. The rollout begins in the next two months. And in Turkey, the local government of Kocaeli will distribute 26,000 Classmate PCs to all fifth graders by the end of the school year. Intel is providing teacher training in all of the city’s 369 public schools.

Intel has three models that are operating-system agnostic, and they include Microsoft’s Windows 7 software. The competition still includes rivals such as NComputing, which makes thin clients that attach to a master PC. With NComputing’s solution, one computer can power the monitors and computing for 10 or so students.