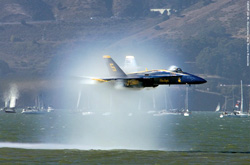 Speed up your website if you want to make more money. It’s that simple, yet most site owners only give site speed half their attention.

By contrast, the most successful websites on the planet — Google, Twitter, and Facebook — have staff whose job is to obsess over how long it takes to respond to an Internet request, to load a page, to login, or to process a transaction. When these tasks take too long, users lose interest in coming back.

Facebook engineer Jason Sobel published a long blog post on the company’s engineering notes page. Sobel explains how Facebook engineers broke down the site’s delay time, as perceived by its members, into three different parts: Network response time, page generation time, and page render time. Then, they assigned people to speed up each of the three areas:

Our measurements told us that pages were primarily slow because of network and render time. Our generation time definitely had (and still has) significant room to improve but it wouldn’t provide the same bang for the buck. So we devoted most of our engineering effort towards two goals: drastically cutting down the bytes of cookies, HTML, CSS, and JavaScript required by a Facebook page while also developing new frameworks and methodologies that would allow the browser to show content to the user as quickly as possible.

Altogether, the improvements decreased the amount of time Facebook users spend watching their browser spin its wheels by half.

Google’s Marissa Mayer has often recounted the story of how adding a test delay of less than half a second to Google’s search results pages lost the equivalent of several hundred million dollars a year in ad revenue, because users didn’t run as many searches. 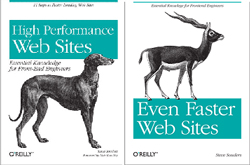 Your own site could probably use some speed optimization. Look at Facebook’s page source to see how they minimize the amount of data visitors need to load for each page. If you’ve got a content site, check out Ars Technica’s super-fast page loads.

For many sites, ad widgets are the biggest boat anchor on performance. It’s frustrating, because while the ads are how these sites make money, the ads are also costing them money by bogging down each page. I don’t have a solution, except that ad networks will hopefully figure out that in a down market, speeding up their services will bring them more revenue all day, every day, for a modest amount of work.