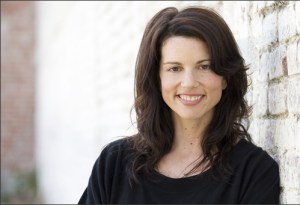 Ning CEO and co-founder Gina Bianchini is leaving the build-your-own-social-network startup to become an executive-in-residence at Andreessen Horowitz, the new venture firm from her co-founder and Netscape creator Marc Andreessen.

Chief operating officer Jason Rosenthal steps up to take her role. Bianchini co-founded the company more than five years ago as a way to let organizations build their own custom social networks and it now hosts about 2.3 million networks.

Andreessen announced the move in a blog post today:

My fellow co-founder and Ning CEO Gina Bianchini has decided to step down after five and a half years of hard and terrific work.  I support her wholeheartedly in her decision. Gina is handing the CEO duties over to Jason Rosenthal, who has been our Chief Operating Officer (COO) and head of business operations for the last year and a half. Nothing else is changing — I remain Chairman, the current management team remains exactly the same, and the Ning
service continues unchanged.

I’d like to celebrate this moment by enthusiastically congratulating Gina on an amazing series of accomplishments in her time as CEO.  Ning today is one of the world’s top social networking properties, with more than 2.3 million user-created Ning Networks and more than 45 million registered users, and is far and away the market leading social platform for interests and passions.

Ning Networks span every area of human endeavor, from the arts to business, politics to social activism, and every other field you can think of. Over 5,000 new Ning Networks are created every day, and we’re adding a million new registered users every 12 days. This is all the result of Gina’s incredible dedication, as well as the phenomenal team she has built, since we first started the company.

I am also delighted to mention that Gina is becoming an Executive In Residence (EIR) at my new venture capital firm, Andreessen Horowitz — my venture capital partner Ben Horowitz and I are looking forward to being able to benefit from her insight and wisdom even more than before.

Gina says: “Now that we have built Ning to its current position in the market, I am ready to hand the reins over to Jason and the team to continue to execute on our vision and strategy. As a founder and large shareholder, I’ll continue to do everything I can to support and cheer on Ning in my new role!”

Let me also give you a thumbnail sketch of Jason Rosenthal, our new CEO. Jason has been a friend and colleague of mine for 15 years — we first worked together at Netscape, where Jason took on a sequence of crucial management roles from the very early days until we sold the company to America Online in 1998. Jason then became the first person my co-founders and I brought onboard when we founded Loudcloud in 1999 — our internal nickname for him was ”critical hire”.  Jason and I then worked together there for nearly 10 years, until we sold that company (renamed Opsware) to Hewlett-Packard in 2007.

Since that time, Jason has been immersed in Ning as a senior executive, head of business operations, and COO. Jason is a highly talented executive, manager, and leader, and I can’t think of anyone better to succeed my co-founder Gina as CEO.

Jason says: “Through Gina’s vision, leadership, and passion, she has taken the company from inception to our position today as the largest social platform for interests and passions. It’s been my privilege to work with her for the last 18 months and I look forward to expanding on the outstanding foundation she has put in place.”

Thank you very much for your time and attention, and we’ll see you on Ning!