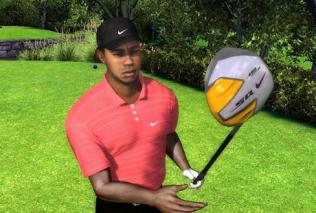 Elin may not take Tiger back, but EA will — Electronic Arts distanced itself from the golf star following his hyped sex scandals, but says it will be releasing the console version of Tiger Woods PGA Tour 11 on July 2 this year. Woods will return to the professional golf circuit in real-life next month when he plays the Masters in Augusta, Ga.

PC market bounces back — After a major slowdown, PC sales are picking back up, and are expected to increase by 12.6 percent around the world in 2010. Portable PCs will still be the major area of growth, as they were the last year when sales in the segment increased by 38.5 percent.

Gap between tech’s richest and poorest widens — The Wall Street Journal examines how the consolidation of power in the hands of a few Silicon Valley fiefdoms, including Apple, Oracle and Google, has increased the distance between the technology community’s richest employees… and everyone else.

iPad sales projections inaccurate — Yesterday, estimates that 120,000 iPads were sold on their first day, and 152,000 over the first weekend they were on the market. But now other analysts are saying those figures are too low to be correct, projecting between 1 to 2 million iPads sold by its shipping date on April 3.

Google: Should I stay or should I go now… in China — China Central Television today reported on a letter allegedly sent from 27 Google advertising resellers to Google’s head of sales for greater China, expressing concern that their businesses will be ruined if the search engine shutters in the country. They are demanding to know what Google plans to do, and even requesting compensation if it does pull up stakes. The authenticity of the letter is still in doubt, but it highlights tensions over the company’s tenuous status in the country since the censorship disputes and hacker attacks at the start of the year.

MySpace decaying from within — The second-tier social network is experiencing major brain drain as its top employee defect to startups. Three of its executives just left for a company called Gravity, a fledgling social network that connects strangers based on common interests.

Infinity Ward leaders sign with talent agents — Vince Zampella and Jason West, the executives responsible for producing “Call of Duty,” were fired last week after a dispute with the higher-ups at Activision Blizzard. But now the duo will be represented by the Creative Artists Agency, an unusual move for game developers. We obviously haven’t seen the last of them.

C-Span steps into the future — The channel that tracks government and Congress says it will finally be loading all of its archives onto its web site at C-SpanVideo.org, after 24 years of coverage.

BYD Auto steps on the brakes when it comes to EVs — The Chinese automotive maker, backed by millions from Warren Buffett, has extended its deadline for launching electric vehicles to the mass market in China. Originally, its goal was to have them on the road by the middle of 2010. Instead, only 100 electric vehicles will be introduced into taxi fleets, and a broader roll out will depend on how they perform.