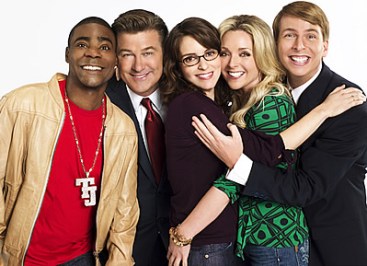 NBC’s ratings are in the basement compared to its broadcast rivals. After that messy Jay Leno-Conan O’Brien fiasco, it’s scrambling to reprogram its 10 o’clock time slot. But they are No. 1 on another list: Apparently, tech-savvy viewers say NBC.com has the best web site of all the major U.S. broadcast networks, besting CBS, Fox and ABC, in that order.

The honor was bestowed on the peacock network by uTest, a software testing marketplace that crowdsourced feedback from 500 software experts globally about both the web and mobile sites of each network, and ranked them by, in order of importance, video quality, download speeds, ease of use, availability of content and community features.

Oh, and being software experts, this particular crowd kept track of bugs, recording a total of more than 900 bugs among the four major networks, including technical, functional and graphical user interface bugs.

On a more serious note, testers found cross-site scripting (XSS) vulnerabilities, which could enable malicious attackers to compromise users’ computers. The report says XSS vulnerabilities were found on sites belonging to three of the four networks, but it didn’t identify which one was spared.

The report also found that CBS.com had the fewest bugs, 207, but that 20 percent of them where classified as “showstoppers.” A showstopper is not necessarily a bug that will crash the site or spoil your enjoyment of last week’s “CSI:Miami,” a uTest spokeswoman said. Instead, it’s an industry term for a defect that the testers felt “warrants immediate attention” by the web site operator.

NBC.com was ranked best on what the testers felt was the most important quality of a network web site: video quality, with 70 percent ranking it as “excellent” or “good.”

CBS.com ranked highest in ease of use, with 74 percent ranking it “excellent” or “good.” CBS and NBC tied for first place on content, with 74 positive rankings, and tied again on community features with 63 percent positive rankings.

Under “needs improvement,” ABC.com ranked last on video quality at 61 percent, and Fox.com ranked last on ease of use (49 percent), content (68 percent) and community features (44 percent). Imagine what Simon Cowell would have to say about that. I can see him scowling already.

Each quarter, uTest issues a report about what its bug trackers have found. Testers compete for cash prizes for finding the most or most interesting bugs. Previous reports have looked at e-tailers, search engines, social networks and browsers.