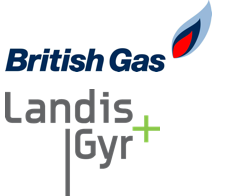 British Gas, the major electrical and gas utility in the United Kingdom, has decided to go with Landis+Gyr to build the 1 million smart meters it plans to deploy throughout its coverage area. This is a big victory for the Swiss meter maker, which is racing against American contenders like Itron and Echelon.

Landis+Gyr builds meters that are capable of wirelessly transmitting energy consumption and pricing data in real time between utilities, their customers, and the meters themselves. These meters sit at the heart of the global push toward a cleaner, more efficient Smart Grid. It already partners with utilities like Oncor in Texas and Pacific Gas & Electric in Northern California to supply the meters they deploy to their rate payers.

British Gas is a big-name company to add to this roster of partners, giving Landis+Gyr another boost it needs to hit its goal of going public within three years — an ambition reported today by BusinessWeek. Right now, it’s beating Itron, and Chinese competitor Ningbo Sanxing, with 11 percent of the smart metering market in its pocket. But it needs to keep pulling down the big clients if its going to keep it that way. Itron is catching up with 10.5 percent of the market.

Silver Spring Networks, widely predicted to be the next IPO in the Smart Grid space, will most likely beat Landis+Gyr to market. It’s already recruited underwriters in preparation for a filing. Itron is already public, trading on the NASDAQ under the symbol ITRI.

The meters Landis is building for British Gas will keep tabs on both electricity and gas. They will come with touchscreen displays installed in homes to show consumer exactly how much energy they are using, and how much it is costing them (much like what Control4, OpenPeak and Tendril are offering). The hope is that these devices will convince homeowners and commercial customers to conserve, if only to save money on their energy bills.

The deal is also a win for British Gas, which is trying hard to accelerate its Smart Grid efforts. The U.K. has taken a lot of flack about being so slow on the uptake when it comes to revamping its antiquated grid. But British Gas is out to prove them wrong.

Last fall, the utility joined forces with home energy management company AlertMe and wireless networking company Trilliant to sprint ahead. It’ll be interesting to see if it hits its deployment goals on time.

Landis+Gyr landed $100 million last November from its existing backers to fund a big leap in production capacity. It also has key partnerships with the likes of SAP, Cisco and Microsoft, making it easy for these companies to build open-standard applications on top of the metering platform, offering customers a wider array of energy efficiency options.