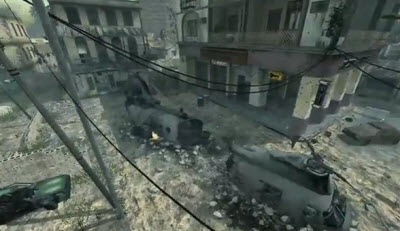 Call of Duty: Modern Warfare 2 has sold well above 15 million copies since November. So you can bet the $15 downloadable multiplayer map pack that arrived yesterday is going to be one of the most popular ever. 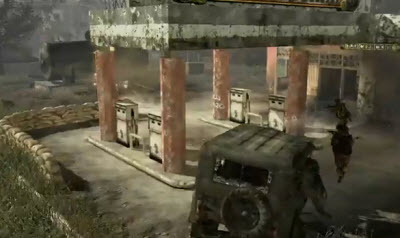 But this Stimulus Pack with five new multiplayer maps isn’t necessarily a bargain. Two of the five maps are reruns from the previous game, Call of Duty 4: Modern Warfare game. I paid for those maps in 2007 when I played the game back then. They’ve now been retooled for the new version.

I tried the new maps out last night on Xbox Live. I waited until Activision Blizzard and Microsoft fixed the initial glitch that prevented gamers from playing the map pack. I played multiplayer up until level 51 out of 70 and became intimately familiar with the best places to 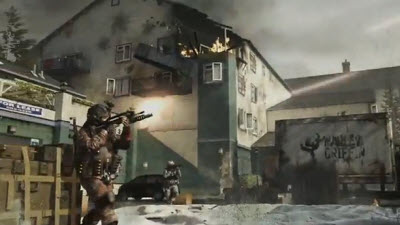 fight it out and survive inside 16 multiplayer maps. But I had to take time off to finish other excellent games such as Mass Effect 2, BioShock 2 and Battlefield Bad Company 2.

One of the cool things about Modern Warfare 2 multiplayer is that you can always look at your statistics. When I played my last multiplayer match more than a month ago, I was ranked at 3.6 million. When I logged back in last night, I found I was ranked around 5.3 million. That’s what a month of inactivity will do to your record. When I walked onto the battlefield, my reactions were pretty dull, and I got my head handed to me a lot. 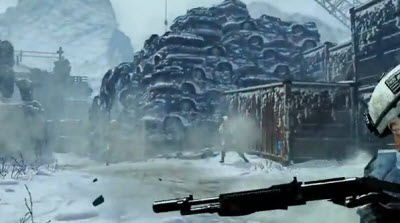 The new maps are called Crash, Overgrown, Bailout, Salvage and Storm. (They’re pictured in order, from top to bottom). Crash and Overgrown were fan favorites from the original Modern Warfare. Crash is the scene of a helicopter crash in the middle of a city with multi-story buildings. That was one of my favorites, because I liked going to the top of the tall building to play sniper.

Overgrown is a battlefield with a combination of buildings and fences with lots of growth as well as long vistas where you can get a clear shot at someone far away. I found it exceedingly hard to stay alive for a long time on that map.

Salvage is a snowy junkyard setting that is more like a maze for close combat. Storm has lots of rain pouring down over an industrial complex. Bailout is a scene from Washington D.C., where you fight it out in a suburban apartment complex with an empty swimming pool and lots of indoor and outdoor action. Everything looks realistic, and the attention to detail is great, down to the bullet holes in walls and flaming wrecks. 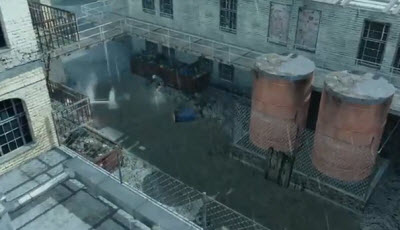 The good news is the maps are well designed. You can never dominate a map from a single position, and someone is always sneaking up behind you. I expect I’ll be able to put a lot of hours into multiplayer, thanks to these new additions. But I really need to regain my skills in playing this ultra-fast game. Even the Crash map seemed fairly fresh. Although I knew how to play on that map, I could barely stay alive on it. I should have had a tactical advantage, but the environment in all of the maps was truly murderous.

The problem with the map pack is that it is expensive. By contrast, Electronic Arts says its new maps for Battlefield: Bad Company 2 are free for anyone who bought the original game (and has a working VIP download code).

A lot of companies are still testing the waters on prices for downloadable content. If you nickel and dime customers, they might go somewhere else where they can get an “all you can eat” plan. Even if it isn’t a bargain, this is going to be a stimulus for Activision Blizzard’s profits. If the company sells five million of them at $15 each, that’s $75 million in revenue right there, which is a lot more than the sales of many full $60 console games.

Activision Blizzard is set to keep on milking this franchise. You have to figure that the company will release more map packs soon, even if there is some disarray at Infinity Ward, the game studio that made the game, after Activision Blizzard fired the two co-founders.

Check out the trailer for the maps below.