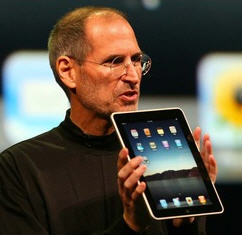 With its iPad computer due to appear in stores this Saturday, Apple had scheduled in-person iPad briefings with a small group of widely-read journalists, including one from VentureBeat.

But for reasons no one outside Apple has figured out yet, Apple’s PR people have canceled meetings with VentureBeat, Gizmodo and other publications. Some writers are reluctant to talk about it on the record, perhaps for fear of being further distanced from Apple.

It’s entirely plausible that, since most of these reviews were very positive, Apple decided not to put more time into shepherding further professional reviews. But people being people, some of those who got bounced are taking it as a personal snub by Apple, presuming it’s punishment for some indecipherable offense against Steve Jobs.

As Engadget’s former Apple event blogger and a Wired product reviewer, my advice is not to bother trying to guess what’s going on at Apple. The company operates on its own internal logic (think: no Flash support.) In years past, Apple PR people sent me invitations to events when I wrote for Slate, where my editors didn’t care about new Apple products. Yet those same publicists spent years not letting Engadget writers into events, until co-founder Jason Calacanis complained to Jobs, an Engadget reader.

Now what? VentureBeat reporters will be at Apple’s flagship San Francisco store before they open the doors on Saturday. Compared to doing an eleventh review of the iPad, it seems like a more valuable piece of reporting for us to cover the craziness firsthand.