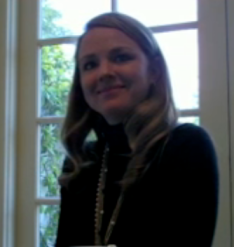 Reviled and closely-watched Demand Media enlists Goldman for an IPO: The Financial Times reported that the media company, which uses algorithms to study search patterns and automatically assign stories and which many journalists are freaked out by, may file for an initial public offering as early as August. The offering might value the company at about $1.5 billion.

EA founder Trip Hawkins says “spammy isn’t going to cut it” anymore in social games: The gaming legend, who recently founded startup Digital Chocolate, said social gaming companies like Zynga and Playfish need to retool their offerings and build genuinely entertaining games. Facebook’s recent changes to communication channels between applications and users have forced gaming companies to go back to the drawing board, he said.

Gmail adds drag-and-drop file attachments: This is pretty self-explanatory but man is it cool. Chrome and Firefox users will be able to drag and drop attachments into e-mail without doing manual file uploads.

MySpace public relations head Dani Dudeck stonewalls TechCrunch’s Michael Arrington: The MySpace vice president (pictured), who has been with the company since it was run by Chris DeWolfe, refused to answer any questions on camera from the tech blogger. It’s an uncomfortable but hard-not-to-watch minute and a half of video.

Another fun Steve Jobs e-mail: A perturbed developer in Switzerland bugs Jobs about the delayed international launch of the iPad. The Apple head responds: “Are you nuts? We are doing the best we can. We need enough units to have a responsible and great launch.”