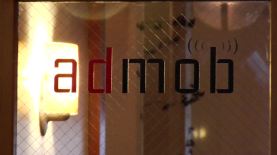 Mobile ad network AdMob, a San Mateo, Calif. startup that Google hopes to acquire as soon as the FTC approves the deal, has removed two major restrictions in hopes of broadening its customer base.

First, it has enabled support ahead of time for Apple’s iAd system that will serve ads to iPhones and iPads. They did this by complying with confidential rules and restrictions Apple has provided. AdMob customers will be able to use both AdMob’s network and iAd.

Support for iAd ads will be done through AdMob’s AdWhirl clearinghouse for ads, which connects the inventories of AdMob, JumpTap, MDotM, Millennial Media, and Quattro Wireless. Quattro now belongs to Apple, and is the basis for iAd. AdMob acquired startup AdWhirl last year, removing a threat to its own livelihood.

Second, AdMob has removed a restriction that only let developers add one other advertising network into their apps. “Adding their own in-house advertising was probably the most popular feature” that developers used as their additional option, CTO Kevin Scott told me during a phone interview. “But based on feedback from our developers, they wanted more flexibility.” Specifically, they wanted to be able to go beyond AdMob, AdWhirl and in-house ads in pursuit of other ad inventories.

“It was easy for us to go in and allow an unlimited number of other networks,” Scott said. “Otherwise, they’re going to go out and try implementing their own solutions.”

AdMob, which claims to serve ads for 1,700 apps, released its source code last December, another move aimed at bringing in a larger customer base. Developers frustrated with one little thing now have the opportunity to try fixing it themselves.