Addressable advertising is TV’s term for ads that are targetable to individual households. As Brandweek put it, “a 50-year-old man watching Lost would see a different ad than a 14-year-old girl watching the same show next door.”

NBC began offering addressable ads served by Microsoft in June of last year. Google’s investment in Invidi seems an obvious attempt to leapfrog ahead of Microsoft.

TechCrunch reports that New York-based Invidi, founded in 2000, has distribution agreements with both Dish Network and DirecTV, and that a recent test found addressable ads 32% more effective than the same ads without targeting. 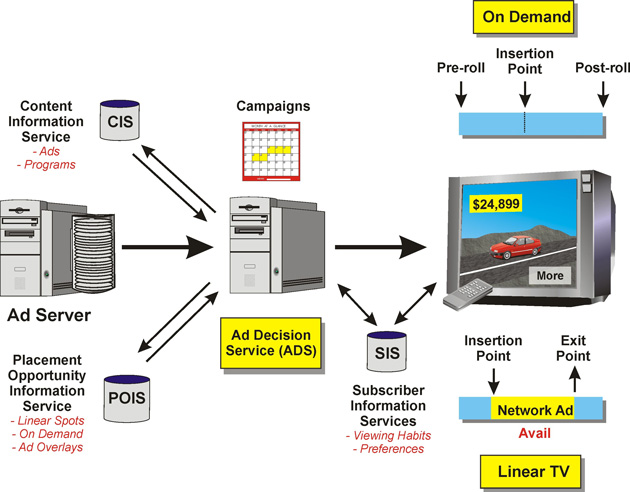