Vinfolio, a site that merges a wine store with a wine collector community site, recently announced an unspecified amount of funding from Revolution, the VC firm founded by former AOL Time Warner chairman Steve Case. The announcement, made last week, received little attention outside of a short post on TechCrunch. 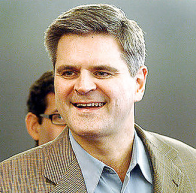 The San Francisco company, founded in 2003, was restructured in January after a slow market for luxury goods undermined the business. Prior to the restructuring, Vinfolio had raised approximately $11 million in funding, including $4.5 million from Panorama Capital. It’s easy to see how investors and entrepreneurs are seduced by the idea of running a fine-wine company, but there are serious hurdles to creating a profitable business in the space.

For Case, Vinfolio should go well alongside Exclusive Resorts, the luxury vacation business into which he poured an estimated $10 million. But at the luxury level of wine sales, it’s not as kickback as it might sound. Vinfolio must compete not only with Wine.com, but with Sotheby’s, the fine art auction house, which also sells collectible wines.