Sugar’s fundraise smoke and mirrors? — The women’s content network recently reported that it had raised $30 million in fresh capital, but new reports say this isn’t accurate. Instead, the company has brought in $31 million total and isn’t looking for more venture funding. 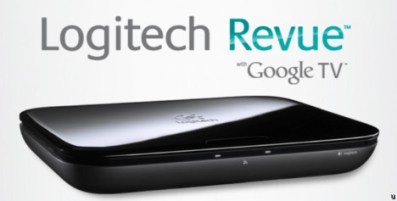 Logitech Revue unveiled — When Google TV was announced, the search company also revealed its partnership with Logitech, the company building the set top box that complements the new product. Today, Logitech announced that it is naming the device the Logitech Revue.

Altus launches mobile video into the cloud — Altus Learning Systems has launched a service called vSearch Mobile, which allows enterprises to host video web conferences and remote meetings in cloud computing environments, and makes this content searchable after the fact.

Foursquare snags rising Yahoo star — Holger Luedof, the wunderkind in charge of forging many of Yahoo’s most important deals in the mobile space, has departed for Foursquare, where he will serve as vice president of mobile and partnerships.

Netvibes coming to iPad — The first full RSS reader for Apple’s iPad is coming soon from Netvibes, including sharing tools, and syncing across platforms. TMC Net has more.

AT&T nixes some iPhone 4 pre-orders — The carrier has suspended some of the pre-orders for the newest version of the iPhone due to a bug caused by too much traffic flowing to the AT&T website. The problem revealed some customers’ private data.

Alarm.com gets into energy management — The maker of residential security systems has decided to capitalize on its market penetration with a new home energy management module. Customers can have it installed for a subscription, just like the company’s typical services.