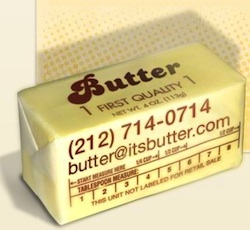 4info, a company that offers mobile search and text message alerts, just announced that it has agreed to acquire a mobile advertising company called Butter.

4info provides its services for free and makes money by including text and display ads. Butter, meanwhile, works with advertisers like Coca-Cola and Energizer to build customized applications for iPhone and Android devices.

“The combination of our expertise in SMS and display advertising with their application ad products and tracking technology creates a fully holistic approach to mobile advertising,” said 4info chief executive Zaw Thet in a written statement.

The terms of the deal were not disclosed, but 4info says that it will employ the entire Butter team. The acquisition is expected to close in July.

4info has raised more than $50 million in funding from backers including US Venture Partners, Draper Fisher Jurvetson, NBC Universal, Mezzanine Capital Partners, and Gannett Company. It’s headquartered in San Mateo, Calif. but also has offices in New York City, where Butter is based.