Teaching New York to think like Silicon Valley — Famed blogger and science fiction writer Cory Doctorow authored a post for Publisher’s Weekly examining the difference between New York’s traditional publishing industry, what it has to learn from the tech-savvy Internet publishing world, and vice versa.

Booz Allen files for IPO — The management and technology consultancy has filed with the Securities and Exchange Commission for a $300 million public sale underwritten by Morgan Stanley and Barclays Capital. Booz Hamilton covers a range of verticals, but specializes in providing intelligence to government organizations.

Google tops the shopping site charts — The search giants Product Search tool has become the No. 1 comparison shopping destination on the internet, beating out Yahoo! Shopping, Shopzilla and Bing Shopping. Search Engine Land has the data.

Google Street View under investigation — Connecticut Attorney General Richard Blumenthal is spearheading a 30-state probe into Google’s interception of private wireless data via its Street View vans. Even though the company cooperated with authorities and apologized for the incident, it is still in the hot seat, according to Fast Company.

Intel, FTC close to a deal — Last December, the Federal Trade Commission accused Intel of monopolizing the marketplace for microchips by shutting out competition. But the two organizations seem to be nearing a settlement. The trial has been suspended until July 21 in order to facilitate a potential deal. 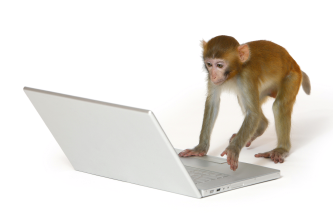 Survey Monkey bags Precision Polling — The user-friendly phone polling company has been bought by Survey Monkey, a startup that makes it easy for average internet users to set up online surveys for a variety of applications. The stock and cash deal was relatively small, according to TechCrunch.

WorldMate acquisition likely — The maker of travel itinerary management applications is very likely to be bought after a decade since its founding. Travelport and American Express have been identified as potential buyers.

NRG adds solar projects to its fold — NRG Energy has gained nine new solar development projects in California and Arizona from US Solar Ventures Holdings, Earth2Tech reports. All told, the firm is now working on producing 1.15 new gigawatts of energy from solar sources.