How did the Apple’s reception snafu affect the launch of its latest iPhone?

ViralHeat, a startup that tracks social media metrics for brands, took a look at more than 2.3 million iPhone-related mentions on Google Buzz, Twitter, Facebook and video-sharing sites from May 22 up until today.

Apple, as it often does, got off to a very good start, with slightly over half of the mentions containing positive sentiment. But sentiment took a dip when consumers had trouble pre-ordering phones and users discovered that reception suffered if the phone was held incorrectly.

It just goes to show that no brand, even one as fervently controlled as Apple’s, is immune to suffering some bad social media publicity. 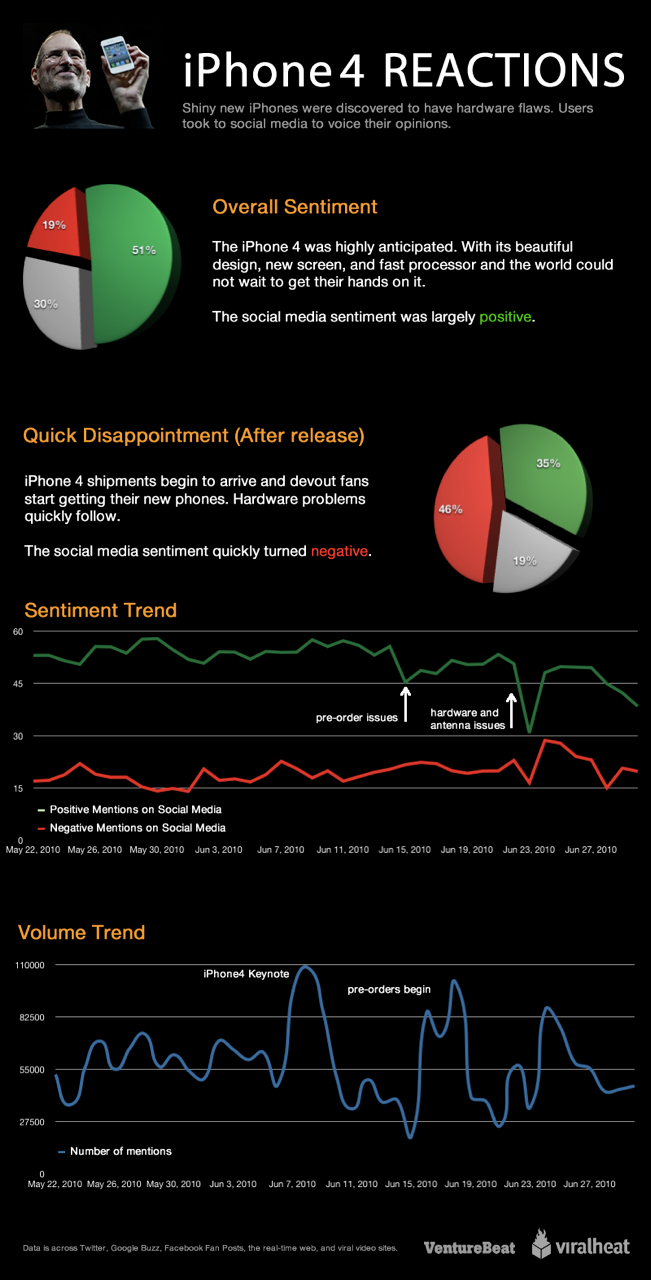 ViralHeat has raised $75,000 in funding and charges anywhere from about $10 to $90 a month for brand-tracking.