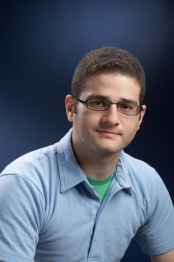 Facebook co-founder Dustin Moskovitz seems to remember that the company’s beginnings had a lot more work and a lot less sex than the recently released trailer for David Fincher and Aaron Sorkin’s “The Social Network” depicts.

Moskovitz, who is now building Benchmark and Andreessen Horowitz-backed productivity startup Asana, gave his take on the upcoming film on Quora, a question-and-answer site from other Facebook alums.

He surprisingly thought that the trailer ended up portraying Mark Zuckerberg in a positive way, despite its largely critical source material from Ben Mezrich’s fictionalized account, “The Accidental Billionaires.”

“It is interesting to see my past rewritten in a way that emphasizes things that didn’t matter (like the Winklevosses, who I’ve still never even met and had no part in the work we did to create the site over the past 6 years) and leaves out things that really did (like the many other people in our lives at the time, who supported us in innumerable ways). Other than that, it’s just cool to see a dramatization of history. A lot of exciting things happened in 2004, but mostly we just worked a lot and stressed out about things; the version in the trailer seems a lot more exciting, so I’m just going to choose to remember that we drank ourselves silly and had a lot of sex with coeds.

I’m very curious to see how Mark turns out in the end — the plot of the book/script unabashedly attack him, but I actually felt like a lot of his positive qualities come out truthfully in the trailer (soundtrack aside). At the end of the day, they cannot help but portray him as the driven, forward-thinking genius that he is. And the Ad Board *does* owe him some recognition, dammit.”