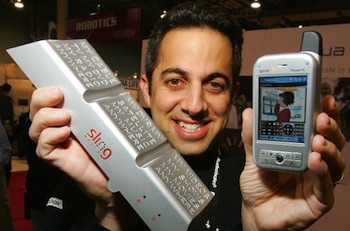 DCM, a venture firm that invests in the United States, China, and Japan, announced today that it has finished raising two new funds. The big one is DCM Fund VI, the latest version of its main fund for early-stage investments, for which it raised more than $400 million. It also announced a new fund of 200 million Chinese yuan ($29.5 million) to make investments in China.

DCM also revealed that it has two new general partners — Jason Krikorian, cofounder of DCM investment Sling Media (which was acquired by Echostar) and creator of its Slingbox TV streaming device; and Osuke Honda, who already works in DCM’s Tokyo office and is being promoted.

The Wall Street Journal described DCM’s Chinese fund as part a growing trend of firms raising funds in China’s currency to make it easier to invest. And in the announcement press release, DCM cofounder and partner David Chao emphasized the firm’s global aims.

“Jason joining DCM, Osuke taking a larger role, and the new funds in US dollars and Chinese RMB are positive signs that DCM is positioned well for the future as the Pacific Rim takes center stage,” Chao said. “We believe DCM continues to gain momentum because of our differentiated global investment strategy, and we believe that the next 18 months will bring additional successful exits for several of our portfolio companies.”

DCM said both funds will be devoted to its core investment areas — cleantech, digital media, and Internet (content, ecommerce, mobile, and cloud computing). Its previous fund was $505 million. Past investments include About.com, Clearwire, Bill.com, Spoke, Vindicia, Wikinvest, and others.