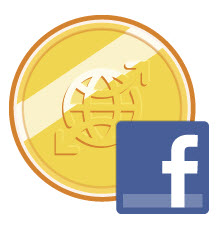 Playdom, the largest social gaming company on MySpace and the third-largest on Facebook, has signed a five-year contract to exclusively use Facebook’s Credits as in-game currency across all of its titles, reports Inside Social Games.

The news was confirmed by a Facebook spokesperson, and comes only a few days after Disney announced it was purchasing Playdom for to up $763.2 million.

Facebook has been working to lock down similar agreements with other social game developers: Crowdstar was the first to sign a five-year exclusive contract to use Facebook Credits, and according to Inside Social Games, other app developers like LOLapps, RockYou, and Wooga are also on the Credits bandwagon.

The Playdom deal is particularly important for Facebook, since it gains the support of Disney for its budding economy. The company has yet to sign exclusive deals Zynga and Electronic Arts, but both companies are using Credits as an alternative currency within their games. Zynga, the largest gaming and app company on Facebook, recently entered into a five-year strategic relationship with Facebook to expand its use of Credits — after threatening to move its games to its own network.

By using Credits, developers agree to give Facebook a 30 percent cut of every transaction, and many worry about giving up more control to the site as well. Advocates say that using a single virtual currency on the social network could increase the size of the market and make it easier for users to purchase items, since they won’t have to deal with multiple payment systems.