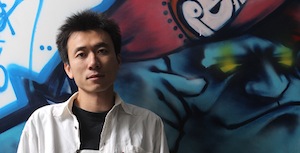 Chinese video site Tudou just announced that it has raised a $50 million fifth round of funding.

The site went live on April 15, 2005, and says it now hosts more than 38 million videos. Beijing-based research company Analysys told the Financial Times that Tudou has 12.8 percent of China’s online video market, behind Youku with 17.7 percent.

One of Tudou’s main goals with the new funding is to prepare for growing usage on mobile devices. Specifically, chief executive Gary Wang (pictured) told the FT that “the iPad and other devices like that” will be driving video growth in the next three-to-six months, and while Tudou already has an iPad application, it only includes a tiny fraction of the site’s content.

Tudou said it also plans to add professional video to the mix with its own Internet drama series launching this fall.