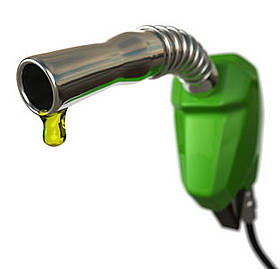 Only a couple of days after algae-to-fuel company PetroAlgae filed for a $200 million IPO, Gevo — a startup boasting catalysts that can convert waste and cellulosic feedstocks into fuels — has also filed to raise $150 million on the public market.

It’s an interesting move for Gevo, considering how poor green sector IPOs have been performing so far this year — with the exception of Tesla Motors’ $226 million sale at the end of June. In April, Codexis, one of the more successful makers of microbes and catalysts used to generate green fuels and chemicals, went public for $78 million — falling short of the $100 million it had hoped to bring in.

But biofuel companies are stuck between a rock and a hard place. IPO markets might be weak lately, but these capital-intensive companies need cash in order to scale. And private investors, particularly venture capitalists, aren’t too thrilled about sinking more money into pricey biofuel plays that take too long to produce returns.

Gevo isn’t exactly unique in the broad scheme of things. Like many of the other venture-backed biofuel companies out there, it produces a petroleum substitute that can be used for fuels or a variety of industrial chemicals. In particular, Gevo’s catalysts transform waste and feedstocks into isobutanol, an alcohol compound that can be used as fuel in existing gas tanks, as a fuel blend with gasoline like ethanol, or as a component in plastics and other polymers. Its versatility is a boon but may not be enough to defy market trends.

Also like many of the cleantech companies filing to go public this year, Gevo has yet to post any profits. Last year, it lost $19.89 million on revenue of $660,000. Losses don’t necessarily damn green companies — just look at unprofitable advanced battery maker A123Systems last year — but investors seem to be souring on companies trying to IPO out of the red.

Based in Englewood, Colo., Gevo has been fairly successful at raising money, including $17 million in May 2008 from Khosla Ventures, Virgin Green Fund, Malaysian Life Sciences Capital Fund and Burrill & Company. It says it plans to use the proceeds from an IPO to buy ethanol processing facilities.