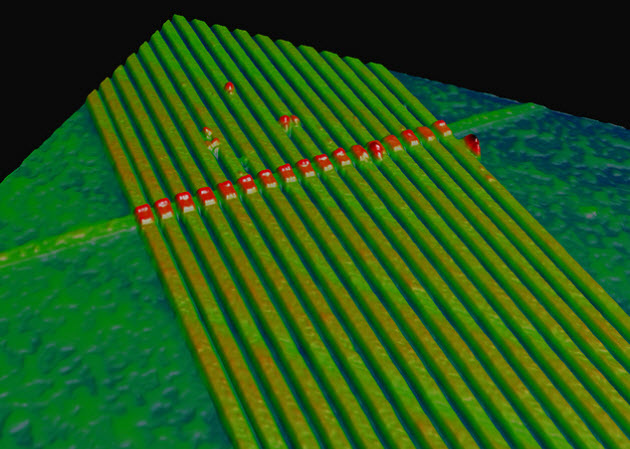 Hewlett-Packard has teamed up with Hynix Semiconductor to make a new kind of fundamental circuit for semiconductor chips. The alliance is a sign that HP’s breakthrough designs for memory circuits could see the light of day as finished products in the form of new memory chips.

The two companies will jointly develop the materials and manufacturing process to create the memristor, which could prove to be very useful in future memory chips. HP Labs designed the memristor after years of research. South Korea’s Hynix is one of the world’s biggest memory chip manufacturers.

Their name for the new kind of chip is ReRAM, short for Resistive Random Access Memory. This kind of memory is non-volatile, storing data while the power is on or off. It has low power consumption and could potentially replace flash memory, which is a huge multibillion-dollar market today. Flash is used in everything from cell phones to music players.

Eventually, memristor-based processors might replace the chips in the smart display screens found in electronic book readers, such as the Amazon Kindle. Or they could serve as an ‘artificial synapse’ in building artificial intelligence and neural computers that mimic the functions of the brain. ReRAM chips could potentially be a universal storage medium, replacing not only flash but hard drives and dynamic random access memory (DRAMs).

The memristor name is short for memory resistor, which was postulated as the fourth basic electronic circuit (in addition to the resistor, capacitor, and inductor) by professor Leon Chua at the University of California at Berkeley in 1971. HP took Chua’s idea and, in 2006, created the first working memristor chips. Earlier this year, HP also said that it had figured out how to get memristor chips to handle processing functions, much like a PC microprocessor. One day, if it pans out, the technology might be used to get a single chip to perform computation and store data at the same time.

Stan Williams, senior fellow at HP and director of the lab that created the memristor, said, “This agreement brings together HP’s core intellectual property and a first-rate supplier with the capacity to bring this innovation to market in world-class memory on a mass scale. ”

In another development, HP and Rice University researchers said they had succeeded in crafting reliable small digital switches on a scale that could allow chip miniaturization to continue unabated in the coming years. As reported in the journal Nano Letters, the researchers used silicon oxide technology to make the smaller switches. That technology is already in common use in chip making, so commercializing that breakthrough shouldn’t be difficult.