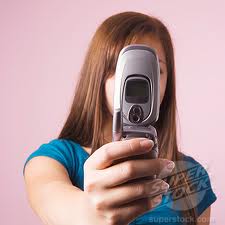 TweetPhoto, the company that allows its users to share and interact with photos across Twitter and Facebook, is announcing Tuesday that it has changed its name to Plixi. The company is also moving towards being its own social network, though leveraging Twitter and Facebook, for creating “collective memories” around places and photos.

The name change may be a smart move. TweetPhoto, after all, implies a limited service to just one social network. From the company’s beginning, users have been able to share photos across both Twitter and Facebook for friends. Now, users can create their own network within Plixi and create listings that allow others to upload photos based on places and events.

For example, a Plixi user at a concert can upload photos to a specific location within the network and see other user’s photo uploads. The company refers to the service as a check-in, a term made popular by location-based services like Foursquare, for photos.

The company has plenty of competition to worry about, including photo-sharing sites like Yahoo’s Flickr and social networks that have their own photo features, such as Facebook. The company may be looking to cut through the clutter by focusing on giving developers tools for building Plixi into their products. Its tools are aimed at developers already integrating their offerings with Twitter, Facebook, MySpace, LinkedIn and Foursquare.

The San Diego-based company, founded in 2009, recently landed a first round of funding for $2.6 million led by Canaan Partners, and included Anthem Venture Partners as well as several angel investors.