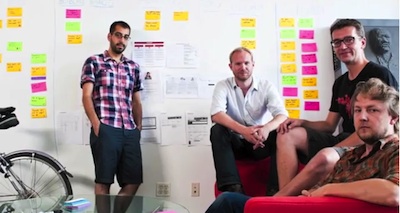 New York-based Chartbeat is becoming synonymous with real-time website data — you can tell because even competitors are name-checking the company before explaining why they’re better. Today the company announced that it has recruited a crowd of big-name investors for a $3 million first round of funding.

While tools like Google Analytics can give publishers information about user behavior months, weeks, or hours ago, real-time analytics services like Chartbeat tell them what’s happening at the moment. That allows publishers to see which stories are taking off, which headlines are working, when their traffic is spiking, and so on. Chartbeat says it has more than 2,500 paying customers, including Gawker Media, Starbucks, and Time.com, and it’s tracking more than 1.2 million visitors at any one moment. (VentureBeat also uses Chartbeat.) Publishers can also show Chartbeat data to visitors, telling them what’s hot.

The company says it raised the funding with the aim of expanding internationally. The round was led by Index Ventures. Betaworks, where Chartbeat was incubated, also invested in the round, as did O’Reilly AlphaTech Ventures, Jeff Clavier, Chris Sacca’s Lowercase Capital, Founders Collective, Ron Conway’s SV Angel, Lerer Ventures, Jason Calacanis, Josh Stylman, Peter Hershberg, Alex Zubillaga, and Fritz Lanman. 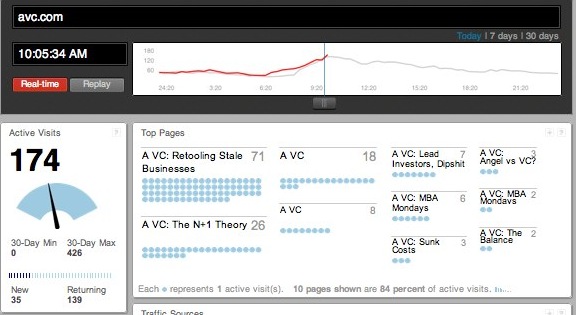