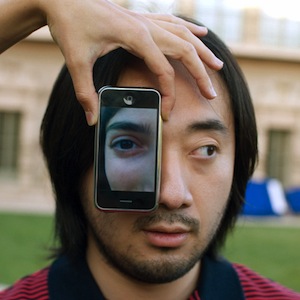 It’s no surprise that Ge Wang, cofounder and chief technology officer of music app-maker Smule, sounds excited about Apple’s just-announced a social network for music, called Ping. But Wang said he sees greater potential in what Apple might do with Ping in the future.

For one thing, Wang said Apple should connect Ping with outside applications by offering something similar to Facebook Connect. Take Smule’s last big launch, the Glee iPhone app. Wang suggested that in addition to sharing iTunes music they’ve downloaded and that they recommend, Ping users could also share recordings of songs they made in the Glee app. In addition to feeding notifications into Ping, apps might also pull useful data from Ping about users’ music preferences.

And there’s no reason Ping has to be limited to music, Wang added. He noted that the “Ping” name isn’t specific to music, and that it “easily extends to other things.” Meanwhile, the iTunes store is now “about more than tunes.” You can also buy movies, TV shows, and, yes, apps. After Apple tests Ping with music, there’s no reason that it couldn’t use a similar recommendation system for everything else in the store. That could address an ongoing concern of app developers, who wonder how they can avoid getting lost among the app store’s 250,000 apps. (Apple is already making iPhone games more social with its Game Center, but that’s more about multiplayer support.

Not everyone shared Wang’s enthusiasm for Ping. For example, Forrester analyst Mark Mulligan wrote that the news “fell far short of expectations, or rather hopes.” Of course, another Forrester analyst was unimpressed by today upgraded version of Apple TV, so I guess it’s just a disappointing day for them.
Getting noticed i