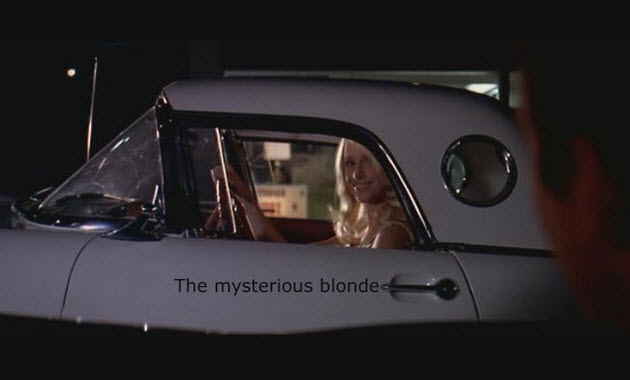 Bump Network is one of 70 companies chosen by VentureBeat to launch at the DEMO Fall 2010 event taking place this week in Silicon Valley. After our selection, the companies pay a fee to present. Our coverage of them remains objective.

We spend a lot of time isolated in our cars on the road — five years of our lives, on average. But  Bump Network aims to turn the streets into a social network by linking people through license plates. To that end, the company is unveiling Bump.com today at the DEMO Fall 2010 conference in Silicon Valley. 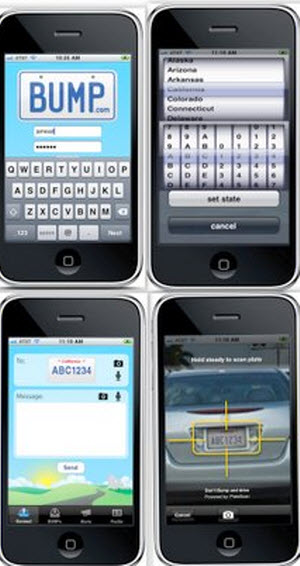 When Bump users see someone in a car they want to communicate with, they take a picture of the person’s license plate. The Bump iPhone app (pictured right) or a similar BlackBerry app passes along a message, like “Way to use turn signals” or “Would you like to go on a date?”

If the person has claimed their license plate on Bump.com and verified they are the car’s owner, they’ll receive the roadside missive by text message or email. They could then look up your identity page (anonymous messages aren’t allowed) and decide whether to respond.

Mitch Thrower, chief executive of Bump Network, believes meeting people through their cars makes perfect sense. He thinks of Bump as creating a real world equivalent of websites’ cookie files, a kind of tracking mechanism that can tell others about your interests and movements.

Thrower acknowledges that there are a lot of red flags that go up when you’re talking about driving cars and communicating. Safety and privacy are a couple of big issues. Why would you possibly want someone else to know who you are and where you’re going in a car?

But he says Bump has figured out how to deal with those issues. If Bump detects through your iPhone’s built-in accelerometer that you are moving more than five miles per hour, it won’t let you send a text message. Instead, you’ll use a voice interface to speak the license plate and message.

As for privacy, states won’t give you a name if you simply present them with a license plate and have no law enforcement reason for getting in touch with that person. But Bump has an opt-in policy where your messages default to private. You can always choose not to respond to messages that come from people you don’t know.

You can, however, tell people useful things as you pass them by. You might tell someone their car alarm is going off, their lights are on, their signal lights are broken, or that you want to buy their car. You can also report bad drivers. In that respect, Bump says it brings accountability to an environment where there should be more of it. And it gives you the ability to socialize in your car, not just in front of a computer. Bump.com has a Facebook-like wall for messages from other users.

“It’s kind of like a national, social-networked 1-800-How’s-My-Driving?” Thrower said. 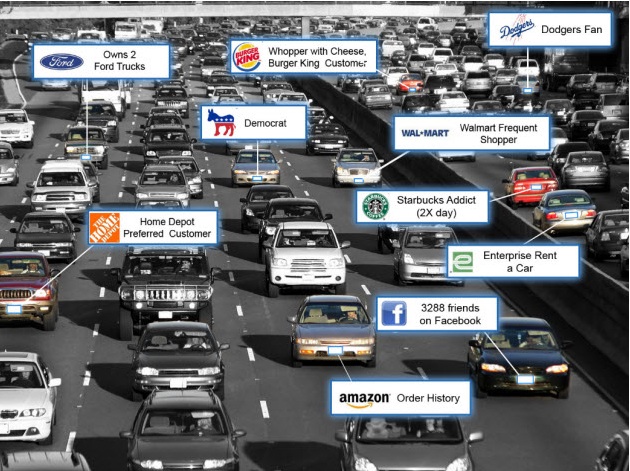 If you opt in to the Bump social network, you can get a lot of benefits, much the same way that people earn discounts via the reward cards they use at grocery stores or with frequent flyer cards. A company such as 24 Hour Fitness could read the license plates of cars that pass by security cameras. If you pass by more than three times in a week, the gym could send you a message inviting you to join at a discount — but only if you’ve signed up with Bump, not if you’re just driving by.

Bump’s software makes it easy for companies to conduct location-based marketing promotions. The company says it will cooperate with law enforcement, but it won’t share information in a negative way, such as sharing complaints about bad driving with your insurance company. 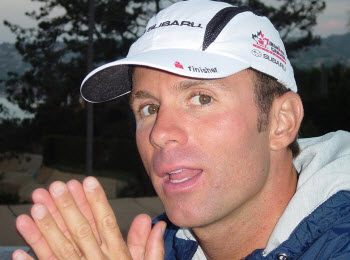 If you go to a McDonald’s regularly, the security camera could capture your license plate and recognize that you’ve come to the fast food joint about 112 times in the past year. It could recommend that the clerk suggest french fries, as is your habit. (Though maybe 24 Hour Fitness ought to target you as a potential customer instead.)

It may sound creepy that companies could know so much about you. On the other hand, you might as well use it to your advantage. Bump is signing up lots of marketing partners to make these geographically relevant deals happen. It already has a rental-car chain and a trucking company signed up.

Thrower (right) is a serial entrepreneur. He cofounded the Active Network, whose Active.com handles registration and marketing for participatory sports events, much as Ticketmaster does for concerts and shows. He also served as an executive at the Competitor Group, a platform media and race event company.

He founded Bump in 2009. Rivals include Platester, as well as location-based services such as Foursquare and Gowalla.

Thrower says his social network for cars brings to mind a classic scene in the film American Graffiti, pictured at top. Actor Richard Dreyfuss sees a beautiful blonde played by Suzanne Somers in a white T-Bird. She blows a kiss at him. He tries to follow her but can’t catch up. Maddeningly, he never sees her again. Oh, if he had only gotten her license plate.