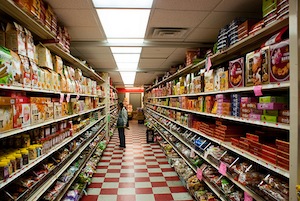 I haven’t spent as much time writing about simple website builder Jimdo as I have on San Francisco-based competitors Weebly and Yola. But Jimdo caught up with the competition in one key respect today, with the full launch of its online store builder.

In September 2009, I said it was a strange that even though Jimdo offered a “business edition” of its tools, businesses couldn’t use those tools to create an online store for their website (meanwhile Weebly and Yola both offered online store features). Then in February of this year, Jimdo released a store-building feature. The company says its users have created 20,000 stores and earned $3 million in revenue.

Now Jimdo has taken the beta testing label off the site, and it’s announcing new features, including the ability to set a specific quantity for each item for sale (so that the site stops taking orders when you’re sold out), to customize the store forms and confirmation emails, and more. The store is a free part of a business subscription to Jimdo, but the company charges a small fee per transaction if you have its cheaper Pro or Free plans.

As with similar services, it’s easy to create a store by selecting menu items and dragging them across the website layout. With that ease comes a certain loss of uniqueness — in other words, there’s a risk Jimdo websites might all look the same. Yet if you look at three of the sample stores that Jimdo emailed to me — ReadyFireAimTV, Luke Redfield, and Bobsmade — they each have a distinct look, despite some similarities.

Hamburg, Germany-based Jimdo says its users have created 2 million websites total, and Google Trends shows that traffic to Jimdo.com is actually ahead of the competition. US readers will probably hear more about the company in the coming months, since it’s opening an office in San Francisco.