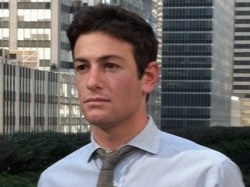 As the New York tech scene has flourished in the past few years, a number of so-called ‘super angel’ funds have been formed to fund the city’s fledgling startups. Now another angel is ready to spread his wings with Josh Kushner announcing his new $10 million seed fund Thrive Capital.

While Kushner is only 25 years old, he is already a successful entrepreneur in his own right. He is the co-founder and chief strategy officer at Vostu, a highly profitable South American social gaming company. In addition to his role at Vostu and as an investor, Kushner is also in his second year at Harvard Business School.

The fund has made 15 investments already, including GroupMe and Hot Potato, 12 of them in New York City. Thrive will focus on early consumer internet and social media companies. Kushner indicated to VentureBeat that in addition to seed stage deals, Thrive would reserve a significant portion of the fund for follow-on investments.

The Kushner name is not a new one in New York business circles. Josh’s father Charles is a prominent real estate developer, while his brother owns the New York Observer and is married to Ivanka Trump. Josh hopes to leverage his network and those of his advisors to help the firm’s portfolio companies penetrate the traditional business world.