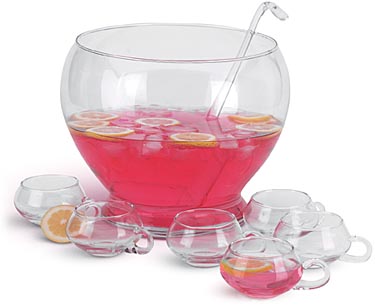 If you’re throwing a party, there are a ton of different services for sending online invites — probably more than can survive over the long-term. But in a few months there will be one less, because Punchbowl just announced that it’s purchasing Socializr.

Punchbowl was previously known as MyPunchbowl but changed its name after successfully purchasing the punchbowl.com website. Rather than just being another invitation site, the Framingham, Mass. company tries to stand out by offering a range of party-planning features, including gift registries, potluck planners, and a new “Digital Invitation Studio”. Punchbowl says it has more than 1 million registered users (although that doesn’t necessarily say anything about the site’s current popularity).

Which “best features from Socializr” is Douglas talking about? Well, the acquisition press release singles out the site’s “ease of use and social media integration,” which makes sense since Socializr was founded by Jonathan Abrams, who also founded Friendster. Socializr’s integration with sites like Facebook is something we’ve highlighted at VentureBeat too.

The terms of the deal were not disclosed. It’s unlikely that there was much cash involved, since neither company has raised a huge amount of funding. Socializr raised $2.25 million from Rembrand Venture Partners and various angel investors, while Punchbowl raised less than $3.1 million.