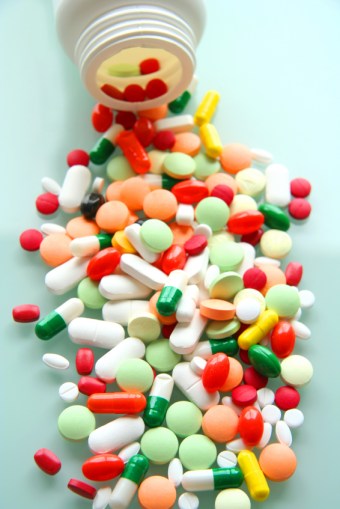 Not many tech startups save lives. Sproxil may be one of them.

The company tags pharmaceutical products in emerging markets with a scratch-off code which is verified by sending a text message to Sproxil’s product authentication service. Sproxil was one of two companies to receive an honourable mention from the judges in the recent IBM smartcamp global finals (having previously won the Boston competition) and was one of the most talked-about startups in the competition.

The World Health Organization (WHO) estimates that less than 1 percent of drugs in industrialized nations are counterfeit but that rate could be as high as 50 percent in some developing countries like Nigeria and Congo. WHO calculates that 200,000 of deaths caused by malaria alone could be prevented if all antimalarials were genuine. The U.S.-based Center for Medicines in the Public Interest (CMPI) projects that in 2010, counterfeit drugs will be a US $75 billion business, an increase of more than 92 percent from 2005.

Drug companies have developed myriad methods to verify the authenticity of their products including RFIDs, barcodes and holograms on packaging, chemical tests and laser scanning. Unfortunately, most of these methods have either been compromised or are too expensive for use in emerging markets. Sproxil uses simple scratch-off codes, of the type used to top up pre-paid cell phones, attached to either the drug blister, packet or an entire pallet depending on who needs to validate the product’s authenticity. The code is single use and is sent by text message to Sproxil’s authentication service. In Nigeria, more than 1,400,000 pharmaceutical items have been labeled with Sproxil’s technology.

I talked to Sproxil’s CEO Ashifi Gogo about the market and business model. According to Gogo, Sproxil can provide the mobile authentication technology more cheaply than the pharma companies themselves, because it can aggregate multiple pharma clients. When asked about the other authentication methods most likely to compete with Sproxil’s technology, Gogo mentioned barcodes but pointed out that many phones in developing countries are not yet capable of photographing the barcode and sending it for authentication.

Currently, clients pay a few cents for each code and for the text messages. Since Sproxil currently gets a fee even if the user does not text the code, it generates revenue from unused texts. Gogo intends to switch from this flat fee model to a per transaction fee as the business grows. Sproxil also sends targeted ads to users who have authenticated a code. These ads have increased sales by 10 percent for one client in Nigeria in only 3 months.

Gogo foresees the authentication technology being used for other items such as wines and spirits (fake versions are a major problem in Asia, apparently) and luxury goods. Initially though, Sproxil plans to expand into Kenya and eventually India which has a huge counterfeit drug problem. Sproxil is not the only company out there using cell phones for verification. MPedigree operates a similar scheme in Kenya.

Sproxil was founded in 2009, has 12 staff members and offices in Somerville, MA and Lagos, Nigeria. The company is privately funded and, according to Gogo, profitable.