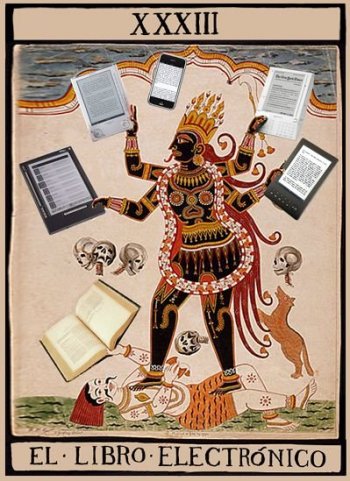 Google’s long talked-about ebook store, Google Editions, is set to debut by the end of the year, the Wall Street Journal reports.

The store was initially supposed to launch this past summer, but sources close to the company say that it only recently cleared some legal and technical hurdles. Now Google is gearing up to launch Editions by the end of the year in the US and by first quarter 2011 worldwide, according to Google product management director Scott Dougall.

So what is Google offering that Amazon isn’t? Just as with its open-source mobile operating system Android, it appears that Google is aiming to establish a more open ebook ecosystem. You’ll be able to purchase ebooks from Google, or other online retailers, and tie them to an ebook library with your Google account. The Google Editions library will be easily accessible online from any web-enabled device, including smartphones, tablets, and PCs.

This is in contrast to Amazon’s Kindle ecosystem, in which you order books from Amazon’s store, and they’re subsequently delivered to your Kindle. Kindle books are also available on computers and smartphones via Amazon’s Kindle apps, but Google is avoiding that intermediary step altogether by letting you access your library on the web.

Google is working on an affiliate program that will let website owners earn revenue by recommending ebooks on Editions, and it’s also partnering with independent booksellers to share revenue from their websites. It’s unclear how much revenue Google will share with affiliates or booksellers, but I suspect it will have to be more than the 10 percent Amazon offers its affiliates for Kindle ebook sales.

The WSJ reports that Google has already signed deals with major book publishers. Google will offer hundreds of thousands of books for purchase, as well as millions that will be available for free — figures that should put it in line with the ebook libraries Amazon and Barnes & Noble offer. Prices are expected to be similar to the competition as well.

While Google’s ebook venture sounds ambitious, I don’t suspect that it will play nicely with existing e-readers. Amazon’s Kindle and Barnes & Noble’s Nook devices offer web browser access, but it’s fairly primitive. It wouldn’t support some of the features users get on the devices, like highlighting, or typography tweaks. I also don’t think that either Amazon or Barnes & Noble will go out of their way to support Google Editions. Tablets, which have access to more fully featured web browsers, are better off.

Google is positioning the ebook store as an extension of Google Books, its plan to scan the roughly 150 million books ever published worldwide. The book scanning project is currently about 10 percent complete, according to Google executives.

I suspect that we’ll see Google Editions very soon — perhaps within a week or two. Google, like many other software companies, imposes a code freeze towards the middle of December, which would delay any uncompleted projects into the next year. After so many delays, I don’t think Google can afford to have Editions miss out on this holiday season.