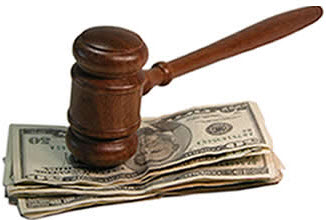 Rambus announced today that it has filed a complaint with the International Trade Commission to bar six chip makers from importing their products into the US because they infringe Rambus’s patents.

The complaint named Broadcom, Freescale, LSI, MediaTek, and STMicroelectronics for violating what Rambus calls its “Barth family” of patents. The ITC found earlier this year that Nvidia violated the Barth family of patents and issued an exclusion order, prohibiting Nvidia from shipping infringing products unless it pays a license fee to Rambus. Nvidia signed a license agreement in August, but Rambus still wants past damages from Nvidia. On the strength of that Nvidia ruling with the ITC, Sunnyvale, Calif.-based Rambus extended its legal attack on the other chip makers.

The heavy litigation history of Rambus, which invents chip communications and memory technologies and licenses them to tech companies, has made it very controversial. The newest litigation is sure to stir the pot again.

Rambus also filed separate lawsuits in federal court in San Francisco today. These lawsuits relate to other patent families as well, including the Dally family of patents related to memory controllers and serial links. The Dally patents are related to research done by Bill Dally, former dean of the computer science school at Stanford University, and current chief scientist of Nvidia. Ironically, Rambus is using Dally’s own patents, which it owns the rights to, to sue Dally’s current employer. Rambus acquired the Dally patents via an exclusive license from the Massachusetts Institute of Technology. Rambus got those rights by purchasing Velio Communications, which was founded by Dally, in 2003.

Rambus general counsel Sharon Holt said in a conference call with the press that the complaint was a last resort after negotiations failed. Rambus is seeking to halt sales of infringing patents in the US via its complaint before the ITC. MediaTek is not subject to all of the patent claims that the other companies face.

If Rambus wins, the six companies named will have to pay out a lot of money. Otherwise, Rambus could stop shipments of a wide variety of products, including PCs, workstations, servers, routers, mobile phones, graphics chips, communications processors, chip sets and a bunch of other consumer and computer gadgets.