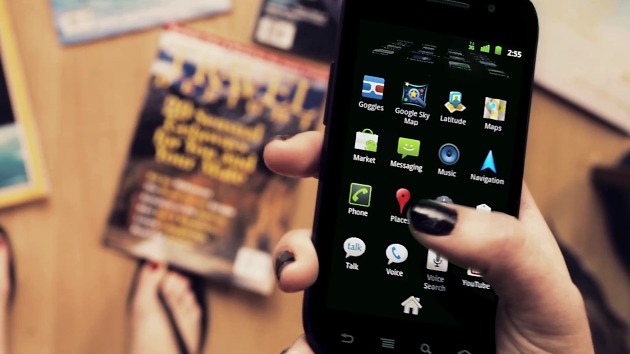 Get ready for the new Android king. Google has finally unveiled its Nexus One successor, the Nexus S, which will come equipped with the latest Android release, version 2.3 “Gingerbread.”

The company didn’t reveal much today that we don’t already know about the Nexus S: It’s co-developed by Samsung (which explains its similarity to Samsung’s Galaxy S phones), will feature a 1 gigahertz Samsung Hummingbird processor, and contains a 4-inch display that’s contoured to fit snug against your face. The phone sports a front-facing camera for video conferencing, and a rear 5 megapixel camera capable of shooting 720p high-definition video (Google now lists 720 by 480 video recording for the Nexus S, which is far off from 720p HD. It’s unclear why the phone is restricted to this resolution, when we know the hardware can support HD recording.)

The Nexus S will also feature a “pure Google experience”, just like the Nexus One. This means the phone won’t be burdened with any third-party software like other Android phones and will also receive Android updates faster than other phones.

As Google CEO Eric Schmidt mentioned weeks ago, the Nexus S also features near-field communication (NFC) technology, which allows it to wirelessly retrieve information from NFC tags on items like posters and stickers, as well as make in-person purchases without the need for a credit card. The inclusion of the technology is a big sign that NFC will find its way into many more Android phones in 2011. We recently reported that AT&T, Verizon and T-Mobile were joining together to build an NFC-based mobile commerce network dubbed Isis, which will also debut some time next year.

The Nexus S will also be the first Android device to run the Gingerbread version of the OS, which will bring improvements such as a more refined user interface, NFC support (not surprisingly), a new keyboard, built-in VoIP calling, better copy and paste functionality, and support for gyroscope sensors. Google also announced that its Gingerbread software development kit, which contains a bevy of programming tools, is now available to developers.

Coinciding with the announcement, the Nexus S product page is now live on Google’s website. There’s also a new Twitter account, @googlenexus, that’s dedicated to Nexus S news. Google put together two short videos on the phone as well, one on the back story of the device, and another that’s a trippy demonstration of its capabilities. You can find them both below.